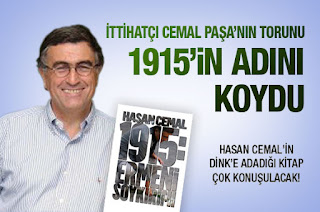 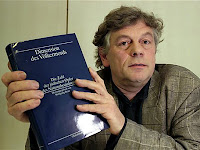 "Syrian Armenians are known for their gold and silver craftsmanship and exquisite cuisine. They are also a critical component of Syria’s connection to Russia and the West, serving an intermediary role through their relations with the global Armenian diaspora.  [...]

While Syrian Armenians have remained officially neutral in Syria’s civil war, as Christians many are wary of the rebels’ Islamist strains, and as Armenians suspicious of the rebels’ Turkish support. [...]

They feel like Syria is their home,” said Amalia Qocharyan, an Armenian education official. “But the reality is they have two homelands, Syria and Armenia.” 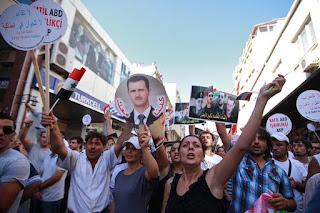 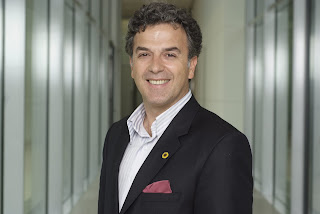 Syria and the AKP by Memet Kilic, MdB

The summer months saw many heated developments in the Middle East, and recently it has been Syria at the centre of these developments. As part of the special topic of this month's issue I wanted to evaluate these developments from the point of view of international politics as well as from that of the AKP (Justice and Development Party) government in Turkey.
To intervene or not to intervene? Is that the question?

Clashes in Syria between the rebels and the Assad regime are growing in violence every day. While the country is burning in the flames of civil war, neither Germany nor other European countries look favourably upon military intervention. If we bear in mind that things did not go to plan in Afghanistan and that intervention in Iraq not only had no legitimate grounds from the beginning but also brought about a long and bloody chaos, this reluctance is not hard to understand. The preference for non-military alternatives becomes even more understandable when we look at the matter from the perspective of domestic policy, and consider the upcoming federal elections in Germany.
On the other hand, because of the absence of sanctions due to the will, or more precisely the lack of will, of the West, for months Syria has been displaying, with the utmost ruthlessness, exactly what a cruel dictator is capable of.
In recent days, the civil war in Syria has spread to the country’s capital, Damascus. Some experts claim that since the rebels control a larger area than the Assad regime does, the situation has reached a turning point. Even if this claim is true, there are concerns that clashes, massacres and the exodus of Syrians will continue for months. According to figures from the United Nations, the civil war has so far caused 15,000 deaths – the same as in the war in Libya, where intervention took place despite the Russian and German veto. As Robert Fisk, Middle East correspondent for The Independent, said in February, “Egypt was not Tunisia; Bahrain was not Egypt; Yemen was not Bahrain; Libya was not Yemen. And Syria is very definitely not Libya.”

Still, it must be stated that even though the West has not taken any military action against events in Syria, it has not remained completely silent. For over a year Western politicians have been increasingly expressing their demands to Assad. But Assad, as the saying goes, turns a blind eye. Faced with the situation in Syria, the politics of the West seem to be radical in terms of discourse but ineffective in terms of action. What’s more, the UN’s attempts at conciliation go no further than ineffective war diplomacy.

All of this does not, of course, prove that intervention in Syria would be more appropriate than non-intervention and it is impossible to ignore the blood and tears that international military intervention would bring. However, when faced with the brutal realities of life, there is nothing to be gained from excuses. Those who choose non-intervention must accept the fact that the events that would take place following an illegitimate or unsuccessful military invasion may well still occur without any intervention.
[Weiterlesen...]
Eingestellt von Der Kosmopolit um 23:35 Keine Kommentare: